Two centuries have passed since Ada Lovelace developed the first algorithm. Now with NoCode technologies, it is possible to create useful applications without a single line of code.

The proliferation of the tool inevitably simplifies an interaction design. Thus, in the early 1970s engineers controlled computers from a terminal with special commands. In the 80s the first graphical interfaces appeared, so not only programmers could control computers. In the 80s and 90s, developers created such powerful applications as Excel and Photoshop, whose basic functions can be studied by a schoolchild in a few minutes. These programs made it easier to perform many routine tasks, which had previously been left to specialists, who had spent years not only on their work but also on their education.

In the 2000s, personal computers became such a part of our lives that any monotonous work in front of a screen began to be perceived as a routine. Developers and designers made every effort to minimize the number of repetitive actions, and plugins and macros were providing new opportunities for automation. In the 2010s, cloud storage, high-speed Internet, and NoCode technologies opened up opportunities to create completely new projects for users who were not inexperienced in programming. Now, in the 2020s, we look back at this evolution and see how we got the opportunities we use so little.

1970s. Facilitating the work of engineers

Between 1969 and 1973 Dennis Ritchie at Bell Labs developed the compiled C language, which influenced all of today's popular programming languages, including Python, JavaScript, and C++. More recently, each computing platform used its assembly language and a corresponding set of rules. With the advent of multi-platform compiled languages, engineers were able to write code in an easy-to-read manner and port the written solution to all platforms for which a language compiler existed. The availability of C compilers for different operating systems ensured widespread adoption of the language and its descendants.

Thus, in the seventies, programming took a humanistic path: away from individual computer systems and the language of zeros and ones toward more abstract and universal concepts. The consistent development of this approach has led to the fact that today the same webpage looks identical on a tablet, a phone, or a laptop.

However, there was no web at that time. In 1969, the Internet's progenitor, the ARPANET computer network, was launched. The network soon became a platform for experimenting with network protocols and testing the first ideas of digital marketing. For example, in 1978 Gary Tuerk, marketing manager at Digital Equipment, sent the first corporate email message to four hundred ARPANET users. By the way, modern tools such as Mailchimp or Sendinblue can send tens of thousands of emails to customers at a time. But in those days, the network simply did not have so many regular users.

1980s. The spread of personal computers

In the 1980s, the mass distribution of personal computers for private use began, which also generated demand for networks. For example, in 1982 the legendary ZX-Spectrum computers began mass production.

On the trail of success ARPANET, National Science Foundation created in 1984 the NSFNET network to connect universities and computer centers. By 1992, more than 7,500 small networks were connected to the network, including 2,500 outside the United States. After the NSFNET backbone network was transferred to commercial use, the modern Internet emerged.

The release of Microsoft Excel in September 1985 not only strengthened Microsoft's market position but also influenced the spread of computers to commercial companies. It is often said that the first program of its kind, VisiCalc, which had appeared seven years earlier, turned microcomputers from an entertainment and hobby tool into a serious business tool. In 1993, Microsoft Office included the VBA language for automating tasks. It became possible to write a macro for any repetitive action and then run it for the same type of task.

A variety of non software automation of computers began to take place in a variety of fields. In 1986, National Instruments released the first version of its graphical application development environment  LabVIEW for scientific and technical equipment. All you had to do to create apps was to select the necessary visual elements and connect them with virtual wires. Thus, scientists and engineers could use visual images to create practically meaningful applications instead of traditional code.

The 1990s gave the world the first websites and the first browsers to open them, along with related technology and tools. As a result, the Web became one of the usual ways customers and companies interacted. The need for websites grew, opening up a new niche for commercial orders in design and development.

The first tools that allowed somebody to create sites without knowing the frontend were Microsoft FrontPage and Dreamweaver. The tools were positioned as WYSIWYG (What You See Is What You Get) editors. Users dragged and dropped text boxes and buttons, placing them on the screen the way they wanted their clients to see them. The apps also made it easy to place files on the server. The main problem with these apps was the static nature of the sites – they had no authentication or database connectivity.

With the release of WordPress in 2003, it became possible to build a complete site with a database in half an hour using ready-made templates, without a single line of code, and with little difficulty in uploading data to the site. 20 years later, approximately one-third of all websites are running on the WordPress engine.

In the late 1990s, cloud and distributed computing developed rapidly, and today it is actively used as computing power for NoCode tools. In 2000 Salesforce ran an advertising campaign for SaaS tools called "The End of Software" and pointed to the decline in popularity of desktop applications in favor of cloud services. Many of modern resources are cloud-based, though we don't even notice it. For example, Google's Voice Search, released in 2008, is cloud-based.

The emergence of cloud services is largely due to the exponential growth in the number of Internet users. This means that the Internet has become popular enough to introduce and monetize mass services. So, with the emergence of services like Mailchimp (2001), it became possible to use a completely new marketing strategy – e-mailing. And where mail, there are questionnaires – in 2006, the company Formstack launched the first form builder. Electronic forms are still the easiest way to survey customers to segment them and get feedback.

The dot-com bubble of the 2000s showed which areas were worthy of commercial attention. The undisputed industry leaders were companies that bet on e-commerce, such as Amazon (1994). Not surprisingly, there was a demand for embedding payment services. Thus, in 2006 the first e-commerce platform for NoCode solutions, Shopify, was launched. The company's current market capitalization is $50 billion.

The growing need for developers popularized the programming profession. However, learning relevant skills had a steep learning curve. The entry threshold for teenagers began to fall when a small team from MIT took on the development of the Scratch programming environment, which had its first release in 2007. The block-based visual structure systematized knowledge and allowed teens to quickly get working programs and games into practice. The visual programming approach suggested by Scratch developers influenced the mechanics of NoCode-technologies that are used today to learn programming (Scratch, Blockly), making 2D and 3D games (GameMaker, Buildbox), and mobile applications (Thunkable).

Whatever opportunities WordPress offers with plugins, it does not meet every need. Startups often need to build atypical customer interaction mechanics into their sites. At the same time, the cost of specialized development is getting higher every year.

So, by the early 2010s, there was an urgent need for tools to create digital MVPs. In 2012, Bubble was launched, and in 2013, Webflow, a NoCode platform for creating web applications based on visual programming, was launched. Also in 2012, Airtable appeared – a NoCode tool for creating databases in the form of visual spreadsheets and accessing data via API generated by the service. In the late 2010s, Retool and Budibase allowed companies to create internal tools based on existing databases.

The decade was also a time when it turned out that people cared not only about connections between computers and building a distributed Internet of Things but also about connections between applications. The emergence of such integrator platforms made it possible to create new applications based on existing ones. IFTTT was launched in 2010, then Integromat (now called Make) in 2016 and n8n in 2019. The largest player in the app integration market is Zapier, launched in 2012. Zapier has integrated more than 4,000 applications that can be combined into a wide variety of chains. We highlighted the differences between all these platforms in the publication How to choose the NoCode workflow platform.

The same years saw the development of concepts where the user interacts with the device without interacting with the keyboard. In 2011 Apple introduced the voice assistant Siri, three years later, Microsoft’s Cortana and Amazon’s Alexa were presented. Today, voice recognition technology is even used to automate production and control electric cars. The approach has become so popular that today there is a special NoCode platform for creating applications with voice recognition named Voiceflow.

One of the important trends of the 2020s was the strengthening of Data Science. NoCode tools such as Enso and Orange reduce the time to embed Data Science libraries into program code. In addition, GitHub launched in 2021 Copilot, a smart code autocomplete tool that allows developers to write code in Python, TypeScript, and Go significantly faster.

It's worth noting that many NoCode tools support the LowCode approach. When the capabilities of visual blocks and threads are not enough, you can use traditional coding. LowCode systems have ready-made templates for various business processes, thereby greatly simplifying the work and reducing the need to involve a large number of developers.

At the same time, more and more decisions in computer programs are based not on strict rules, but on the results of calculations performed by predictive models built by machine learning algorithms. One type of such algorithms, deep neural networks, as shown in recent years (e.g., GPT-3 and DALL E), can serve as an assistant for creative problem solving. At the user's prompt, a neural network can write an essay, generate an image, respond to mail, highlight a main idea in a text, or write program code. The results show that in the near future we will be able to create programs not by connecting individual elements, but by telling the program the task we want to solve with a few phrases in natural language.

However, the creative power of modern deep learning systems has a downside – uncertainty of the final result. In this respect, NoCode programming tools allow you to describe the task in a more predictable way, and also allow creator of the app to explain to the customer how the algorithm works.

The young NoCode market is a highly competitive space: new tools appear on Product Hunt every day, some of which have been gaining popularity and holding on for years, attracting additional investment, while others are quickly leaving the market. At the current growth rate, the market capitalization of the NoCode tools market will be about $187 billion by 2030.

Individual lines of code become less and less important, but digital solutions that can be reused repeatedly in different circumstances become more and more important and valuable. In this regard, it is to be expected that in the future, NoCode technologies, as a higher level of abstraction, will be used no less than traditional development. Join the movement while it's young. 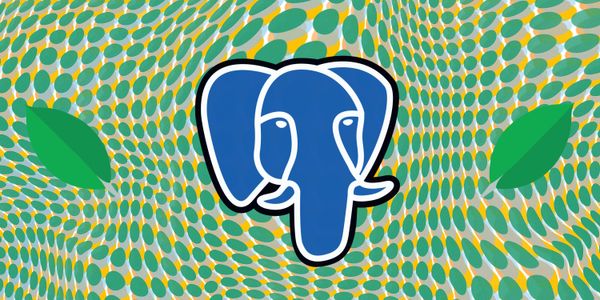