When working on a complex project, any creator is faced with the task of systematizing knowledge and searching for new ideas. For this purpose, programs such as Personal Knowledge Management (shortly PKM), or Tools for Thought, are used. Depending on the chosen methodology, the resulting knowledge bases are called Digital Garden, Second Brain, or Zettelkasten.

Since PKM tools solve similar problems, they are also close to each other in terms of functions: the user writes thoughts in the form of notes and links the notes in search of insights on the intranet. Below we describe the general ideas of PKM-tools and then highlight how specific tools stand out from the general background.

What is inside PKM

Documents. The knowledge base is usually stored as a set of text files with possible attachments of other types: images, audio recordings, pdf articles, etc. Within the text files, the markup language used is Markdown or Org.

Backlinks. When you add a link from document A to document B, the tools know how to automatically create backlinks from B to A. This makes it easier to trace links between network nodes. In TheBrain, Kinopio, and Weje applications, you can connect nodes visually. In addition, PKM tools give hints about possible links based on tags, record hierarchy, and with the help of artificial intelligence, as the recently appeared Mem X and Fermat do.

Visualization. Popular tools usually have a graph or link diagram representation, either built-in or pluggable.

Multi-window mode. Since knowledge base work is based on analyzing and comparing texts, PKMs usually have the ability to open texts in multiple tabs or windows. In this way, they resemble web browsers and development applications.

Search. Because as the "second brain" grows, it becomes more difficult to keep track of what was called in the records, and PKM search is usually very smart.

Design. These tools involve long, regular work so a comfortable layout of the tool is critical – the app becomes a digital thinker's office. Tools for thought offers design themes for day and night modes with the possibility to tweak in CSS.

Automation. In Notion, Craft, and Obsidian, entering a backslash brings up a menu of built-in search commands. As a result, you don't even have to take your hands off the keyboard for most tasks. Many commands are duplicated in hotkeys.

Plug-ins expand the capabilities of the tool and automate routine operations. Logseq and Obsidian have their own system of plugins. Obsidian, for example, has plugins to collapse and expand headers and paragraphs, run JavaScript scripts, or create notes from JSON and CSV. Some plugins are distributed with the tool by the development team, while others are created by a community. Some tools are plugins themselves, such as Dendron and Foam, which are VS Code plugins. For people familiar with programming, this is a very natural solution.

APIS. Obsidian and Trilium Notes have an API for writing JavaScript programs, and Notion has an API that can be used to bind to NoCode tools. The SiYuan project allows somebody to use SQL queries in your notes, i.e. to access external databases.

How the files are handled

Format. You can use different PKM tools for the same body of notes and find insights in them. That is, it is enough to start making a base of notes in one tool, and then, if desired, you can try others.

Embedding. PKMs are often used by scientists and programmers. Therefore, in the most advanced systems, LaTeX markup and program code can be used in the file text with helping highlight. Finally, many systems support file embedding and preview.

Storage. Some tools store data in the cloud, while others rely on the local-first concept. Cloud storage makes it easy to synchronize files, but often slows down the writing process because it takes time to sync with the server. Org-roam and Trilium Notes emphasize privacy and provide encryption of records.

Data synchronization. Most cloud services charge some sort of fee. In this regard, it is usually more efficient and cost-effective to use local-first tools with an independent solution to synchronize files, for example, using Dropbox. Another argument in favor of the local-first approach is full control over the data.

Platforms. Local-first tools usually have native versions for each of the popular platforms: Mac, Windows, Linux, and often mobile Android, and iOS.

Scientists. Inventors can accumulate a knowledge base in their field and make unexpected discoveries with it. The Athens open-source tool team works on such projects.

Students. In long-term learning, PKMs are ideal for taking notes. There are related ideas in different subjects, so you can reuse what you've already learned, building a picture of the world. RemNote allows you to create Anki-like flashcards with the added enhancement of contextual connections to other cards. Hypernotes and Saga have free plans for personal use.

Writers of texts. PKM's structure is aimed at the convenience and speed of writing texts. Text typing and layout in Obsidian can be done entirely using the keyboard, without moving your fingers to the trackpad or mouse. With PKM it's easy to combine individual atomic notes into text. Visual PKMs like Kinopio help the author not get confused with his own narrative.

Entrepreneurs. Along with notes, you can plan business processes: organize product ideas, make to-do lists, and keep a personal track. In this case, Amplenote, Evernote, or WorkFlowy are the best choices.

Thinkers. Many users use PKM for daily notes. This makes it easier to create a structured diary and later find favorite ideas and quotes from books and educational videos. Fixing an idea in a file frees up thinking resources for the birth of new ideas. For those who want to keep their ideas as brief as possible, there's Napkin.

Developers. Knowledge in IT has a hierarchical structure, so the VSCode plugins Dendron and Foam are useful for nested structures. Emacs lovers will love Org-roam. Trilium Notes is good for reusing notes and building a hierarchical knowledge base. Also noteworthy is MassCode, a free tool for storing code snippets. In addition, many PKMs support code insertion with syntax highlighting, so you can also write IT publications in them.

The table below shows the PKM tools available on most platforms, as well as having cloud or web versions.

Recently, many new projects are still in the testing phase, such as Tana, Sane, and the AI-inspired Fermat and Mem X. If you are interested in the topic we raise, we recommend the TfTHacker blog and the Tools for Thought Rocks community. 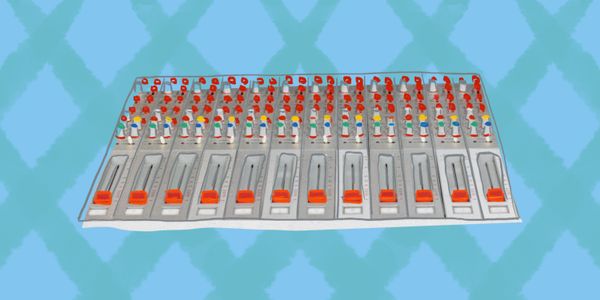 What to choose to store and process tabular project data: Google Sheets, Airtable, Smartsheet, Rows, or smth else.